The trillion-dollar stock club is still a small group that includes just Amazon, Facebook, Microsoft, Apple, and Alphabet. A common trait among its members is that they have multiple businesses that dominate the markets they compete in. Sea Limited (NYSE:SE) is an internet company in Southeast Asia (SEA, for short) that shows the potential to reach that milestone someday. Here are three reasons why.

1. Dominance in a digital economy

Sea Limited is a conglomerate of digital products and services that include e-commerce, gaming, and digital payments. Its business segments dominate the market in SEA, much as Amazon dominates e-commerce in the United States.

According to a Google report, the SEA regions digital economy is worth (shown as GMV, or gross marketplace volume) approximately $100 billion as of 2020. Sea Limited captured $35.4 billion of that through its e-commerce business, Shopee, alone in 2020. Seas management claims that Shopee is the most popular shopping app in SEA by monthly active users and time spent on the app. This level of engagement shows up in the financials. Shopees GMV grew to $12.6 billion in 2021 Q1, a 103% increase year over year. 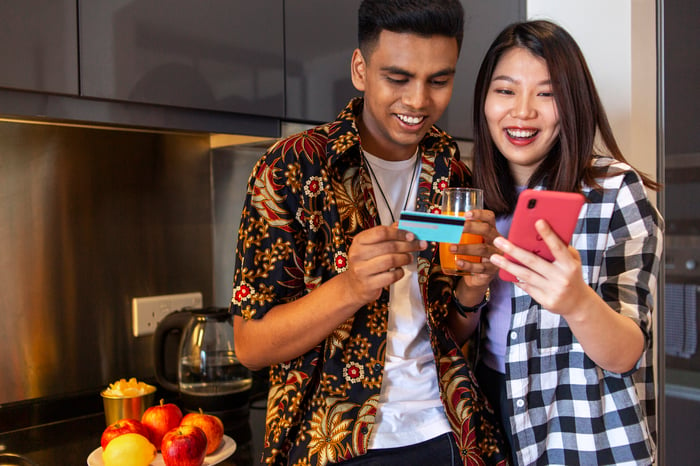 Sea Limiteds strong presence in e-commerce, payments, and gaming has fueled the companys growth trajectory thanks to the digital nature of the economy in SEA. Sea Limited generated just $345 million in revenue in 2016, but the company is expected to do $8.3 billion in 2021, growing 95% per year over this stretch.

Sea Limited could be positioned to continue its rapid growth over the coming years. Roughly half of the 670 million inhabitants of SEA are under the age of 30, and 68% of households use smartphones.

Sea Limited has expanded aggressively, pushing into Latin America for new expansion opportunities. Sea Limited started by launching Shopee in Brazil in late 2019 and is using the popularity of Free Fire to gain recognition, making Shopee the only licensed seller of Free Fire merchandise and signing a deal to become an official sponsor of Brazils national football team. These moves have helped the Shopee app grab an 18% market share in less than two years.

Sea Limited focuses its on-the-ground resources in Brazil but has launched websites for other countries, including Mexico, Columbia, and Chile. Latin America is estimated to be the worlds fastest-growing e-commerce market, so establishing a presence in the region in addition to its existing growth in Asia is potentially a massive long-term tailwind.

We have painted a picture of a company with an ambitious growth culture, which continues to show up in Sea Limiteds actions. The company recently launched new operating segments that it hopes will someday be as meaningful to the business as its e-commerce, banking, and gaming segments currently are.

Management announced the formation of Sea Capital, an investing group that will make strategic investments on behalf of the company, starting with $1 billion in funding. The company also announced the launch of Sea AI Labs, a group that will focus on developing applications for artificial intelligence. These were announced at the end of Sea Limiteds 2020 fiscal year and are likely a few years away from contributing to the business. However, the existing track record of execution should give investors hope that Sea will find success in these new opportunities.

The path to $1 trillion

Sea Limited currently has a market cap of $155 billion and trades at a price-to-sales ratio of 18.6, based on expected revenue for the full 2021 year. The current P/S ratios of the other trillion-dollar stocks range between 4 and 10 currently, so for a rough estimate, lets assume that Sea Limited trades at a P/S of 5 over the very long term.

To reach a $1 trillion market cap, Sea Limited would need to hit $200 billion in revenue at this valuation. How long could this take? Amazon is expected to make almost $500 billion in revenue this year, a 27% increase over 2020. Sea Limited is growing at a triple-digit rate, but to make sure that we are realistic, lets assume that Seas long-term revenue growth averages 40% per year, which could be reasonable considering that we are talking about much smaller numbers than Amazons.

If we project to the end of the decade, Sea Limited will cross $200 billion in revenue between 2030 and 2031, producing a $1 trillion market cap. Sea Limited is already a large company, but this exercise shows that a quality business with ambitious management can continue to produce strong returns for investors well into the future.