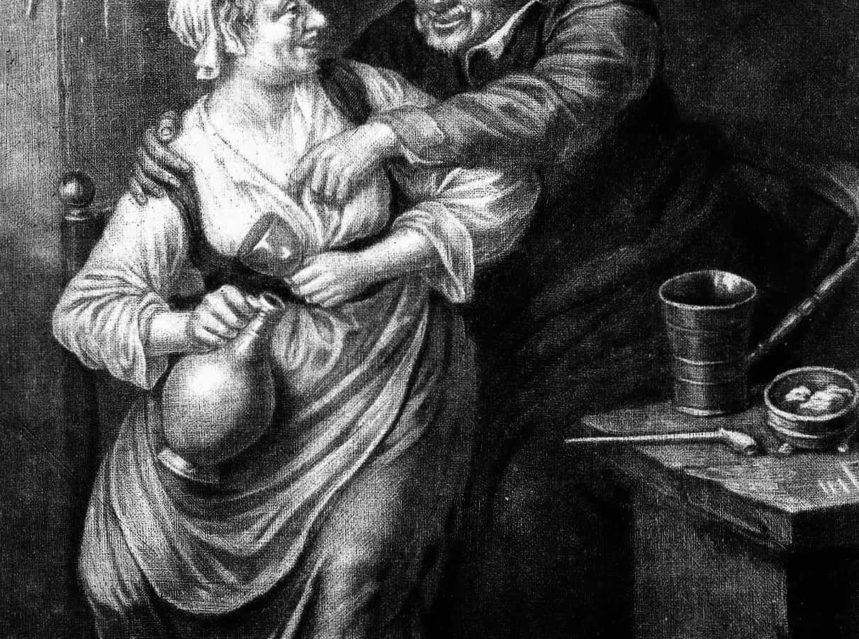 354. Assault of criminal force on woman with intent to outrage her modesty (Molestation)

(There are many instances where allegations of Molestation or Outraging the Modesty of woman is lodged against brother-in-law and father-in-law etc are levelled along with other section of marital discord including 498A. In this article, the author would confine to the section 354 of IPC i.e. Molestation, which is increasingly being levelled in a marital discord. It is seen that with other legal sections loosing potency in getting the accused arrested, such kind of allegations are now levelled against brother-in-laws and father-in-law by unscrupulous women. )

Definition: Whoever assaults or uses criminal force to any woman, intending to outrage or knowing it to be likely that he will thereby outrage her modesty, shall be punished with imprisonment of either description for a term which shall not be less than five years but which may extend to seven years and shall also be liable to fine.

What is Criminal force and Assault and Modesty of a woman, for that we have to look beyond IPC 354 and look at other sections of IPC:

Section 350 of IPC describes, Criminal Force and it reads as follows:

Section 351 of IPC describes, Assault and it reads as follows:

Modesty of Women is nowhere defined in the act. The essence of modesty of a woman is her sex. This section attaches modesty of a woman to her human body. The act of pulling a woman causing her body specially breasts, buttocks or vagina etc to be exposed, pressed or her being humiliated or ashamed because of this act would be affecting her modesty.

Breaking it into Details:

• The offence must be against a woman.
• There must be some physical contact like assault of criminal force.
• That physical act should make woman cringe about her bodily aspects.

Ingredients which need to be proved by prosecution:

What kind of proofs are admissible/ needed to prove IPC 354:

The courts are aware of the fact that such charges are easy to make and it is very difficult for a man to rebut the same. Independent witness may not be available at all times as there can be instances where a person has outraged the modesty in private. The courts have been consistent with the observation that the same may be corroborated by the surrounding circumstances and the oral evidence of the complainant should inspire confidence, i.e. it should be cogent and reliable.

As is with most of the false and malicious complaints, such complaints are also mostly exaggerated versions of the sudden fights or are pure figments of imagination. The inconsistencies in the FIR and during trial would be one of the facts leading to acquittal. Also some incidents mentioned are so bizarre that no man of ordinary prudence would believe that. It has mostly been seen that the complaints are vague in many regards. A mere verbal argument is substituted with hitting the buttocks and so on. In recent times there has been instances where the indignant woman has levelled such allegations against the family members of the husband.

Also, now a days it is often seen that whenever there is a fight between a man and woman whether it is because of traffic accident, a man catching a woman pick pocket or otherwise. Unscrupulous Women often cry molestation. To put such cases at rest, Bombay High Court recently held:

“The test will be whether a reasonable man will think that the act of the accused was intended to or was known to be likely to outrage the modesty of the woman, If a quarrel takes place suddenly, for which both parties are more or less to be blamed, then, by no stretch of imagination can it be held that in the resultant scuffle between the quarrelling parties, the accused persons either intended or knew it to be likely that they will thereby outrage the modesty the woman.”

The approach that ordinarily a lady would not “put her character at stake” may not be wrong but cannot be applied universally. Each case has to be determined on the touchstone of the factual matrix thereof. The law reports are replete with decisions where charges under sections 376 and 354 have been found to have been falsely advanced.
[Pandurang Sitaram Bhagwat 2005 Cri LJ 880 (SC); AIR 2005 SC 643]

Safeguard: Regardless of whether arrest in 498A is reinstated vide Supreme Court review, if there is allegation of Molestation against any of the relatives, it is imperative that such accused seek Anticipatory Bail immediately as this Section is Non-Bailable and arrest can happen anytime after registration of FIR.

It won’t be out of place to mention a Success Story here, where a brother-in-law was discharged from false accusation of outraging the modesty of a woman. One can read the detailed story and court order here.

This div height required for enabling the sticky sidebar